What Happened to GNOME 3? a Historical Recap

Linux, unlike Windows or macOS, possesses many different desktop environments (DEs). If you’re familiar with the leading ones, you’ll have noticed that some of them are what we call “forks.” Forks are DEs based on other, bigger desktops. Some of the most common ones are MATE, a fork of GNOME 2, and Cinnamon, a fork of GNOME 3.

Other forked desktop environments also exist, including Moksha (derived from Enlightenment) and Trinity Desktop Environment aka TDE (a fork of KDE 3.5). In some other cases, such as with LXDE and LXQt, it is because of a switch to a different underlying architecture that we see the creation of a new desktop environment. Indeed, dissatisfied with the latest instance of the GTK architecture (GTK3), the author of LXDE Hong Jen Yee, decided to port the DE to a Qt-based one, LXQt.

Even though they are rare occurrences, you can sometimes find that your favorite Linux distro has switched its default desktop environment. That can be the case when the distro developers aren’t pleased by the latest version of the DE they usually implement on their OS. Two examples pop to mind: the switch from LXDE to LXQt in the Ubuntu flavors, and the removal (until fairly recently) of GNOME 3 as the default DE on Debian.

Impacts of the third GNOME installment

The reasons for wanting to create a new desktop environment based on an existing one are many. Sometimes, it can be due to a new version of the underlying architecture of the main desktop. Other times, it is due to too many bugs and crashes coming from the latest official stable release. Alternatively, it can also be due to a change in the integration or configuration of the tools.

However, unlike GNOME 2, Enlightenment or KDE 3.5, which resulted in the creation of other desktop environments (but without a massive outcry regarding their main desktop counterparts), GNOME 3 generated widespread criticism.

Indeed, the third installment of GNOME was widely unliked. So much so that it led to many finding Cinnamon (its most popular spin-off) highly superior and the unofficial default alternative to its GNOME 3 counterpart.

It even resulted in Debian, which traditionally used GNOME as its default desktop, to switch to Xfce when GNOME 3 came out. Thankfully, GNOME 3 has since got better and has received a more positive reception for the past couple of years. For instance, Debian reinstated GNOME 3 as a default desktop environment for its Debian 8 Jessie release.

Even though technically “rehabilitated” for the past couple of years, GNOME 3’s dark past has left its mark. Admittedly, while this DE is still widely prevalent, its reputation is a moot point that you can hear about even today.

The reasons why GNOME 3 was so controversial

So why exactly did GNOME 3, more than any other “big-league” desktop environment, caused so many discussions on the different Linux forums and websites out there? The reasons are many, but here are four that can help explain why:

The changes affected many users

GNOME 3’s changes were significant and unfortunately didn’t go unnoticed. One reason as to why GNOME 3 created such controversy in the Linux community is due to the widespread use of this desktop environment. Had GNOME 3 been a side project or a small DE ran on mostly unknown Linux distributions, it would never have resulted in such an uproar. However, GNOME 3 was used (and is still used) by default on some major distros, including Ubuntu and Debian. As of 2011 -the year when GNOME 3 was released- Ubuntu had at least 20 million people using the OS every day. As such, you had millions of people using the default GNOME 3 desktop as their primary desktop environment.

GNOME 3 deviated from its traditional outlook on desktop bars

It is one thing for this DE to be known by many, but what in itself led to people disliking GNOME 3? For one thing, it completely changed its display in such a way that the traditional menu bar and taskbar were no longer existent. That led to developers and users expressing dissatisfaction regarding the desktop’s usability. Significant user-interface changes to a desktop are always tricky to implement. After all, people like the comfort of using a desktop environment they are accustomed to, and a switch to a different DE has its learning curve. Just ask any lifelong Windows user switching to macOS, or vice-versa. However, when extensive visual changes appear within the same desktop environment, it is bound to cause controversy, especially when the changes are considered counter-intuitive to the vast majority.

Probably the straw that broke the camel’s back, GNOME 3 unsuccessfully tried to streamline its user interface to make it compatible across both desktop computers and tablets. It is commendable to try to do so, especially as Ubuntu is the OS behind giants such as Netflix, Dropbox, Snapchat, Uber, and Tesla.

In theory, it seemed an excellent idea for this operating system to try to branch out to different platforms and ensure compatibility across the board. However, and this is where things went south, Ubuntu’s default DE did so to the detriment of desktop users. By focusing on input techniques that worked on all platforms, GNOME 3 stopped providing features that are essential to desktop users. Some of the ditched concepts included being able to save files on the desktop and, even more importantly, being able to use the right-click option on a laptop touchpad.

Linus Torvalds himself criticized it

Finally, for what sealed the deal, Linus Torvalds himself -the creator and first developer of the Linux kernel- criticized GNOME 3 after its release. He even publicly mentioned having abandoned it for some time (before using it again two years later, in 2013). His criticism, originally written on the now-defunct Google+ platform, included the following:

Seriously. I have been asking other developers about gnome3, they all think it’s crazy.

I’m using Xfce. I think it’s a step down from gnome2, but it’s a huge step up from gnome3. Really.

As the post is no longer available on the Google+ platform nor through the Wayback Machine, the access to the above comments from Linus Torvalds is courtesy of this Digitizor article by Ricky (https://digitizor.com/linus-torvalds-ditches-gnome-for-xfce/). His post, published on August 4th, 2011, has allowed for these incendiary comments to be saved for prosperity.

This critic in itself might not seem so important, but it was a painful reminder that what virtually all developers (and a sizeable portion of the users) thought regarding GNOME 3 was legitimate. Even though Torvalds is sometimes known to criticize even major distributions, his comments are usually not this black or white when put in context. For instance, in the example above, Linus Torvalds explained that he didn’t bother with Debian after installing it once in 2007. Back then, it seemed too complicated for nothing, and he just “wanted it to be easy to install to get on with [his] life.” An understandable comment from Torvalds, as he’d rather spend his energy on developing the Linux kernel rather than on focusing on learning about a Linux distribution. In the GNOME 3 case, however, his criticism was unilateral and made the future of this desktop environment look pretty bleak.

What about GNOME 3 now?

As of 2019, things have looked way better for GNOME 3 than what they were even a couple of years ago. Being the default desktop of both Ubuntu and Debian, chances are that your first interactions with a Linux DE have been with this popular desktop. With its in-depth customization which allows for the reintegration of the familiar taskbar and menu, GNOME 3 is once again an excellent desktop option for those looking for a sleek and modern Linux experience.

However, if you’re amongst the Linux users who would prefer to try out an alternative desktop environment (lightweight or otherwise), I suggest reading this ITgirl.tech article. In it, you will find everything you need to know regarding the different DEs Linux has to offer. Finally, if you’re already using Ubuntu and would like to switch from the stock GNOME 3 DE to something else, click here.

How to Install Linux on a Virtual Machine: The Distro 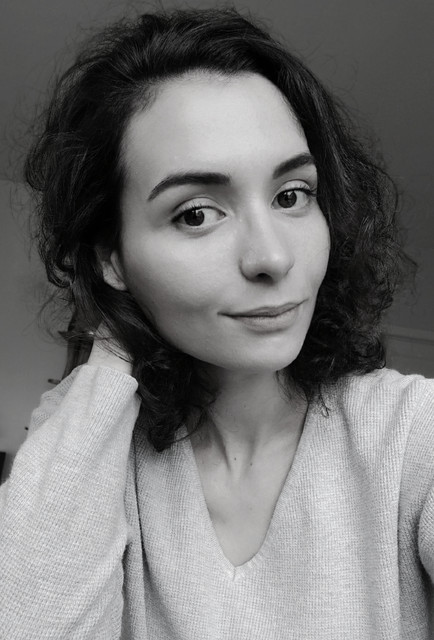